An Introduction to LinkedIn for Students and Graduates

Have you ever heard of LinkedIn? Have you wondered what the benefits of it are and whether or not you should make an account? We provide the lowdown on the platform and how to get the most out of it. According to a 2018 survey, conducted by a recruiting company Jobvite, LinkedIn is used heavily by recruiters, who wish to seek talent. The survey found that almost 80% of companies’ recruiters use LinkedIn to search for new employees, compared to 63% of them who use Facebook.

Among marketing experts, Facebook – the most-used social media platform – is known to be a space for brand identity, while LinkedIn has been considered as “professional employment and network building social media.” Put simply, you may find ‘likes’ on Facebook, but you’ll have a better time finding a job on LinkedIn.

Founded in 2003 by entrepreneur Reid Hoffman and four other co-founders, LinkedIn is a social media platform which focuses on job and career. It allows users to expand their professional network, look for job opportunities, create an online resume and showcase themselves to prospective employers. 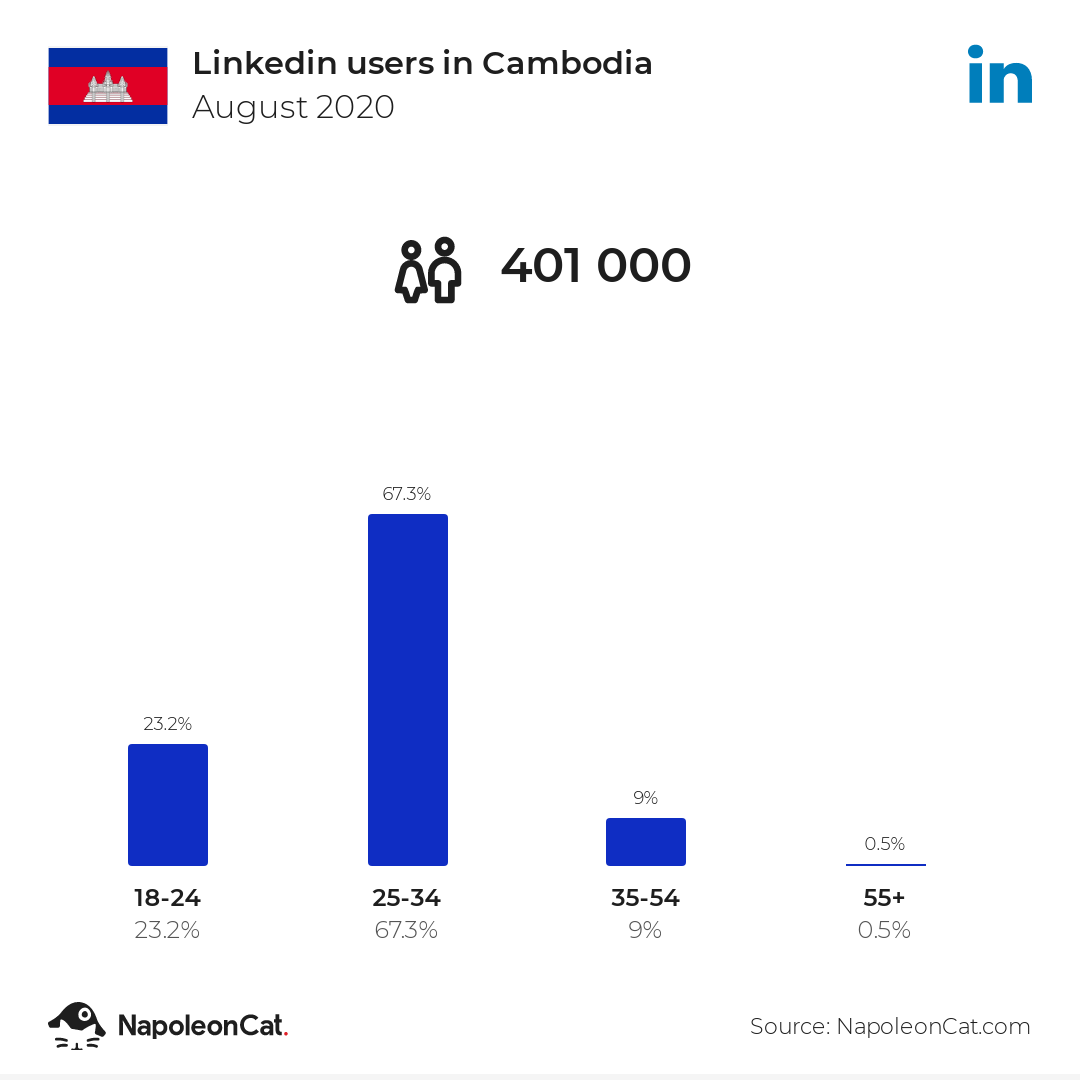 As of March, LinkedIn had 675 million users worldwide – but it may seem like LinkedIn has always been more popular in the West. The graduates and employees there, including students, seem to be more familiar with LinkedIn and how to effectively use it. While there are almost 400,000 users in Cambodia, that is equivalent to only around 2.4% of the total population, with those users predominantly aged between 25 to 34 years old.

Geeks in Cambodia conducted a Facebook survey in 2019 and found that many respondents based in the Kingdom believed that LinkedIn is very beneficial to one’s career, as it allows them to “promote their businesses interests, network or to better market themselves.”

Students who know what professional field they want to pursue should study about that field on the platform, as well as getting to know its notable figures. They should also start to follow those people and relevant organization’s on the site, in order to get exclusive information about the career that they aspire to do in the future.

Through the platform, students can showcase their education and professional experience to the public – such as grades, employment history and interests. Those students who have had a chance to join an exchange programme, both local or abroad, or who have completed an internship or volunteering role, should add those achievements onto their LinkedIn, because those it could set you apart when searching for jobs after college.

To get the most out of LinkedIn, its executive chairman, Jeff Weiner, advised users to keep their profile up to date, be comprehensive about their current skills and objectives and highlight their most recent experiences.