Reasons Rape Victims Are Afraid to Speak Up

Consent is essential in sexual intercourse. If one partner does not agree upon despite their relationship as boyfriend/girlfriend or spouse, it is still considered sexual assault. 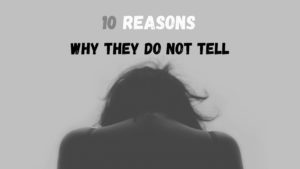 While rape victims may say “No”, many feel silenced when thinking about disclosing the assault.

A study on violence against women and human trafficking,” conducted by the Ministry of Women’s Affairs and posted on Women’s Media Center of Cambodia website in April 2020, showed that rape cases have been reported less than the believed actual number of cases, finding it difficult to estimate how quickly the issue has spread.

According to Article 239 of Cambodia’s criminal code of conduct, rape refers to all acts of sexual penetration, of any kind whatsoever, regardless of sex, through violence, coercion, threat or surprise. The same article also states that rape is punishable by imprisonment for up to 30 years.

Why do rape victims not disclose their sexual assault?

Seng Reasy, an executive director of SILAKA, a non-governmental organization working on women’s empowerment and good governance, said in Cambodia’s society rape victims are afraid to disclose the crime for many reasons that include:

A study by the National Child Traumatic Stress Network (NCTSN), an American organization whose mission is to raise the standard of care and improve access to services for traumatized children, their families, and communities, indicated other reasons of not disclosing sexual assault include:

Consent is essential in sexual intercourse. If one partner does not agree upon despite their relationship as boyfriend/girlfriend or spouse, it is still considered sexual assault.

If you encounter or know about a sexual assault case, you can notify local authories or contact the Ministry of Women’s Affairs via their Facebook page. Also, you can contact NGOs or civil societies for urgent intervention.

Reporting rape cases is the right thing to do in order to gradually resolve this societal issue, as it will benefit victims of sexual assault in terms of medical check ups, mental health consultation and legislative justice.